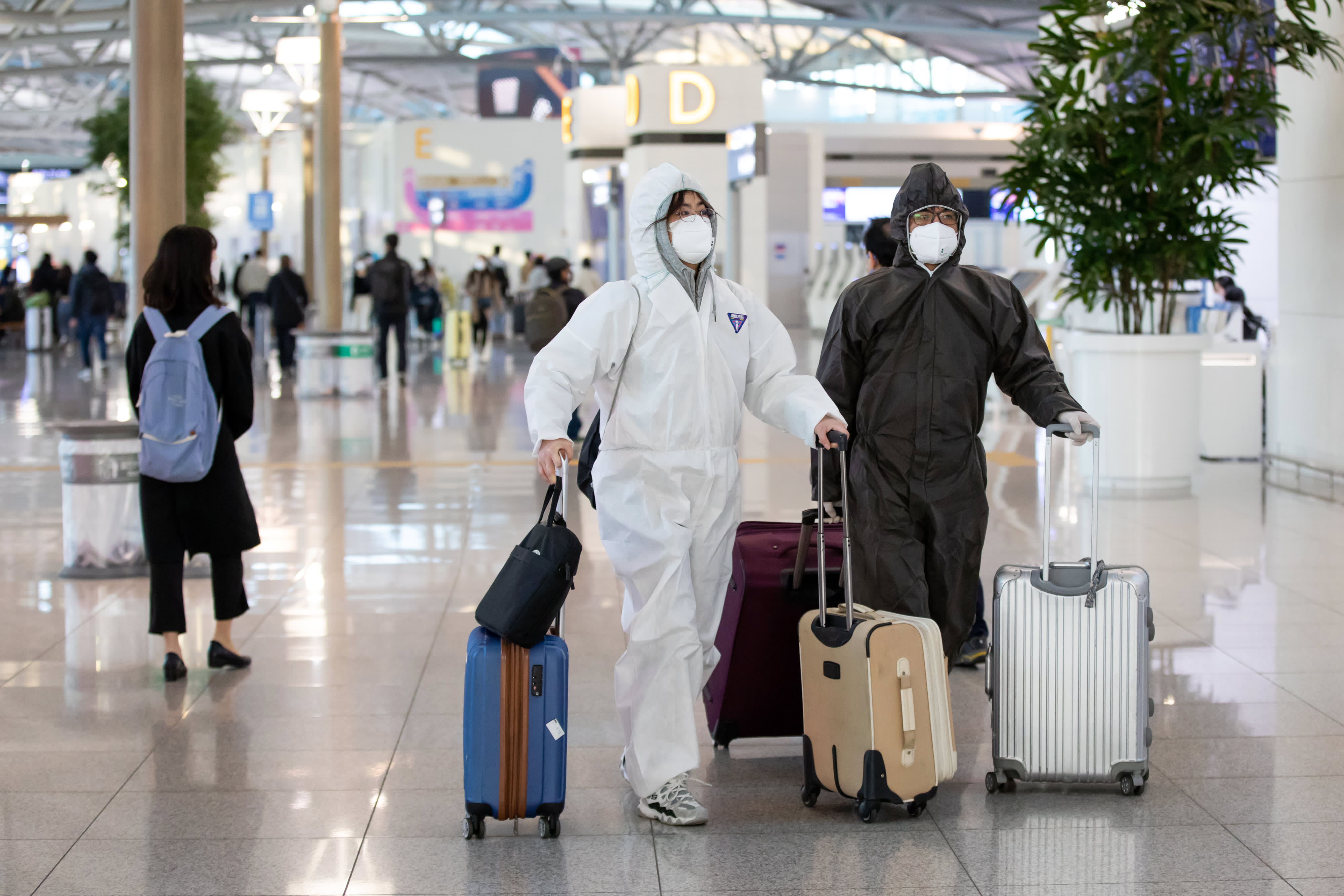 This is a live blog. Please check back for updates.

All times below are in Beijing time.

The data above was compiled by Johns Hopkins University as of 7:50 a.m. Beijing time.

China’s National Health Commission said there were 31 new confirmed cases of the virus reported on the mainland, of which 30 were “imported” cases from abroad. Four new deaths were also reported, all of them occurring in the Hubei province, where the virus was first detected.

About 75,700 people are said to have recovered to-date from the virus in China and 3,304 people have died, according to Monday’s reported numbers. — Saheli Roy Choudhury

South Korea is considering providing financial support to 10 million lower-income households as part of emergency measures to tackle the coronavirus outbreak, Yonhap reported on Sunday. The plan would provide a four-member household, whose income falls below the median income, with a one-time lump sum of up to 1 million Korean won ($820), Yonhap said, adding the proposal is set to be discussed at an emergency economic council meeting.

South Korea has more than 9,500 reported cases to-date, but mass testing and rigorous quarantine measures appear to have slowed down the virus outbreak from last month. — Saheli Roy Choudhury

The total number of coronavirus infection cases globally has crossed 700,000, according to data compiled by Johns Hopkins University. As of 7:36 a.m. on March 30, there were at least 720,117 reported cases of COVID-19, the disease caused by the virus, and 33,881 deaths. The United States had the highest tally of infections at more than 139,600 while Italy’s numbers were over 97,600.

All times below are in Eastern time.

U.S. airlines and the Department of Transportation may soon have to consider consolidating service to dozens of cities around the country in a bid to help carriers cut losses, several airline industry executives told CNBC.

Executives with U.S. airlines are expected to meet with leaders of the Transportation Department this week to discuss the state of the industry following approval of a $50 billion bailout package. The aid package requires airlines to not furlough employees for the next six months, while also maintaining service, to the best of their ability, to the cities the airlines currently serve. The problem with maintaining service is that many planes are virtually empty. — Phil LeBeau, Meghan Reeder

President Donald Trump on Sunday extended the national social distancing guidelines to April 30 after suggesting that the coronavirus death rate would likely peak in two weeks.

“Nothing would be worse than declaring victory before the victory has been won,” Trump said at an evening press briefing. “Therefore we will be extending our guidelines to April 30.”

The president has previously said he wants to reopen the country for business by Easter, on April 12, despite warnings from public health experts that doing so would result in more deaths. — Emma Newburger

This article was originally published by Cnbc.com. Read the original article here.
[dp_demo_ad_fullx90_2]